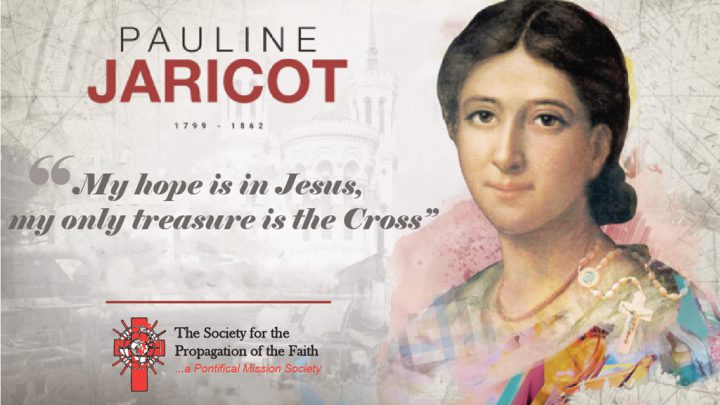 The story Pauline Jaricot begins in France in the early 19th century, where, in the aftermath of the French Revolution, Pauline is inspired by letters about the missions from her brother, Phileas. She begins to gather small groups together (“Circles of 10”), mostly workers in her family’s silk factory, asking each member of the group to offer daily prayer and a weekly sacrifice of a sous (the equivalent of a penny at that time) for the Church’s worldwide missionary work. From Pauline’s vision came the Society for the Propagation of the Faith, the first of the four Pontifical Mission Societies. The very first collection of the Propagation of the Faith in 1822 supported the growth of the young Church in the United States. Today, support from the Propagation of the Faith reaches some 1,100 mission dioceses around the world, in Asia, Africa, the Pacific Islands, and remote regions of Latin America and Europe.

“Our world today needs witnesses, giving a witness to Jesus Christ, His compassion and hope,” says Luis Antonio Cardinal Tagle, Prefect of the Congregation for the Evangelization of Peoples in a documentary film called “Heart of a Missionary” on the life of Pauline Jaricot produced by the Pontifical Mission Societies National office, New York. “The work of Pauline Jaricot is evident all over the world today,” the National Director Monsignor Kieran Harrington says in the opening sequence of Heart of a Missionary. “There is no place you can go that has not been touched by Pauline Jaricot,” shares Msgr. Harrington. 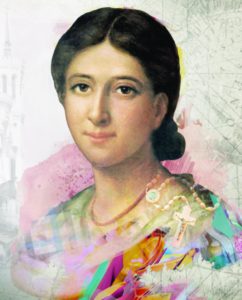 “Pauline Jaricot’s vision that started in a small town in France has now become one of the largest missionary outreach organizations to touch all the corners of the earth,” offers Brother Dennis Gunn, CFC, PhD, professor at Iona College, New Rochelle, New York. “What an amazing witness of the power of one person to transform the whole world.”

The beatification of Pauline Jaricot is set to take place in Lyon, France, on 22nd May. It is also the 200th anniversary of the founding of the Society for the Propagation of the Faith; its founding date is May 3.

The Pontifical Mission Societies is active in some 120 countries throughout the world. It works to animate the faithful to a universal missionary spirit, and to gather support for the efforts of the Church in some 1,100 mission dioceses in Asia, Africa, the Pacific Islands and parts of Latin America and Europe. There are four Pontifical Mission Societies: The Society for the Propagation of the Faith (encourages prayer and support for pastoral and evangelizing programs of mission dioceses from adults, as well as high school and college students), The Missionary Childhood Association (to raise awareness about the mission among elementary school children and to seek prayers and support for outreach to children in mission), the Society of St. Peter Apostle (gathering help for seminarians and Religious novices in the Missions), and the Missionary Union of Priests and Religious (a spiritual apostolate to form and to deepen the missionary spirit among those called to animate all the faithful in the missionary task).
Courtesy to TPMS website