A Mass card, also known as a Mass offering card, memorial card or a remembrance card, is a greeting card given to someone to let them know that they, or a deceased loved-one, will be remembered and prayed for in the intentions at a Mass. We schedule Mass intention requests with missionaries throughout the world and with local poorer parish pastors. Your Mass offering serves as a substantial means of day-by-day support for their life and ministry.

Please specify the number of masses and mass intentions. If the intention is for a person, please indicate if they are living or deceased. The donation is usually $10.00 per mass. 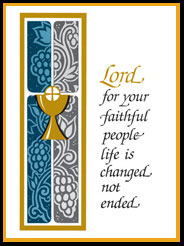 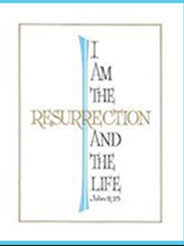 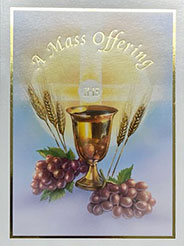 The Society for the Propagation of the Faith in the Office for the Missions of the Diocese of San Diego offers Gregorian Masses. They benefit not only your loved ones, they also help to support the essential work of the Church—actualizing God’s Mission to His people. In Mission lands priests depend on Mass stipends for their daily support to cover all the essentials of everyday life including the things they need to say Mass—bread and wine. 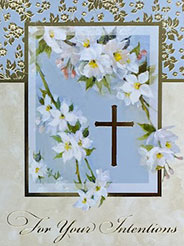 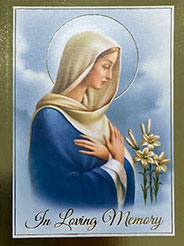 Great (540-604). According to the legend, when Gregory was a monk, a fellow monk died and appeared to one of the monks saying that he was suffering excruciating agony in purgatory and asked for 30 Masses to be celebrated for the release of his soul. The monk agreed but lost track of the number of Masses he said for this intention. Around a month later the deceased monk once again appeared, but this time radiant in heavenly glory and thanked him for the Masses which had released him from his suffering. Quickly the monks got together and figured out that the 30th Mass had just been completed the very moment he appeared.

Few people are ready for heaven immediately after death, and the Mass has infinite intercessory power for these souls. Thus, a request for such a series of Masses is a spiritual act of mercy obtaining a plenary indulgence on behalf of the deceased.

The Masses need not be said by the same priest at the same altar. If a priest who has accepted the obligation of the series finds that he must break the series for a reasonable cause (e.g., the celebration of a funeral or a wedding etc.) the priest must complete the 30 Masses as soon as possible, but need not begin the series anew. For this reason, Gregorian Masses are usually celebrated where priests have fewer strictly pastoral commitments such as in monasteries, seminaries, priestly houses of studies and retirement homes, and most especially in the Missions.

To order a Mass card call or visit:

Membership in the Propagation of the Faith

As a baptized Catholic you have the privilege and responsibility to participate in the worldwide mission of the Church by offering your prayers, sacrifices and financial support throughout the year especially during Advent and Lent. If you wish to become a Member your intentions will be prayed for in over 15,000 masses a year.

As a Member you promise to pray daily to the patrons of the missions for the missionary work of the Church by saying the following: 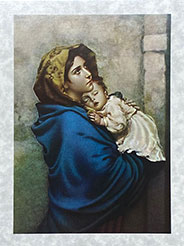 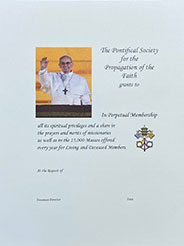 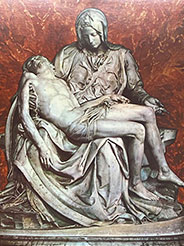 Becoming a monthly donor is a great way to deepen your commitment to care for the poor and suffering around the world. Even the smallest amount can make a huge difference and when it is multiplied by twelve every year it becomes a huge gift for someone struggling across the world from you. Giving monthly is a monthly reminder of all of the gifts we enjoy and how we are blessed to be able to share those gifts with those who have little. Missionaries the world over use your gifts to live out the Corporal works of Mercy in their lives:

To feed the hungry; To give drink to the thirsty; To clothe the naked; To shelter the homeless; To visit the sick; To ransom the captive; To bury the dead. In addition, by giving monthly, you share in the everyday lives of those providing spiritual support to those desperately in need:

To instruct the ignorant ; To counsel the doubtful ; To admonish sinners ; To bear wrongs patiently; To forgive offences willingly; To comfort the afflicted; To pray for the living and the dead.

Won’t you become a partner in these works and pray and donate monthly for the Missions?