World Mission Sunday, organized by the Propagation of the Faith, is a day set aside for Catholics worldwide to recommit themselves to the Church’s missionary activity through prayer and sacrifice. 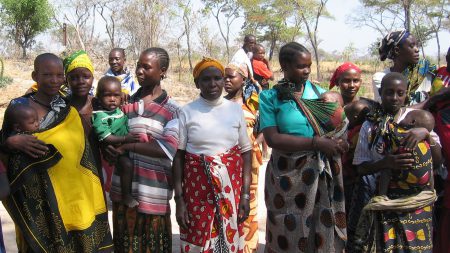 Pope John Paul II has also spoken of the Propagation of the Faith’s General Fund of support, calling this a “central fund of solidarity.” In a message delivered on a recent World Mission Sunday, the Pope said: “The offerings that will be collected [on World Mission Sunday] are destined for a common fund of solidarity distributed, in the Pope’s name, by the Society for the Propagation of the Faith among the missions and missionaries of the entire world.”

Every year the needs of the Catholic Church in the Missions grow – as new dioceses are formed, as new seminaries are opened because of the growing number of young men hearing Christ’s call to follow Him as priests, as areas devastated by war or natural disaster are rebuilt, and as other areas, long suppressed, are opening up to hear the message of Christ and His Church. That is why the involvement and commitment of Catholics from around the world is so urgently needed. Offerings from Catholics in the United States, on World Mission Sunday and throughout the year, are combined with offerings to the Propagation of the Faith worldwide.

In his message in 2019, Pope Francis explains the collection made on World Mission Sunday and how “The Pontifical Mission Societies serve the Church’s universality as a global network of support for the Pope in his missionary commitment by prayer, the soul of mission, and charitable offerings from Christians throughout the world. Their donations assist the Pope in the evangelization efforts of particular Churches (the Pontifical Society for the Propagation of the Faith), in the formation of local clergy (the Pontifical Society of Saint Peter the Apostle), in raising missionary awareness in children (Pontifical Society of Missionary Childhood) and in encouraging the missionary dimension of Christian faith (Pontifical Missionary Union).”

Pope Francis in his message for 2020 has stated that “In this year marked by the suffering and challenges created by the Covid-19 pandemic, the missionary journey of the whole Church continues in light of the words found in the account of the calling of the prophet Isaiah: “Here am I, send me” (6:8).” For Pope Francis entire message click here: