The Mission in Abuja, Nigeria by Fr. Jerry Aman, SJ 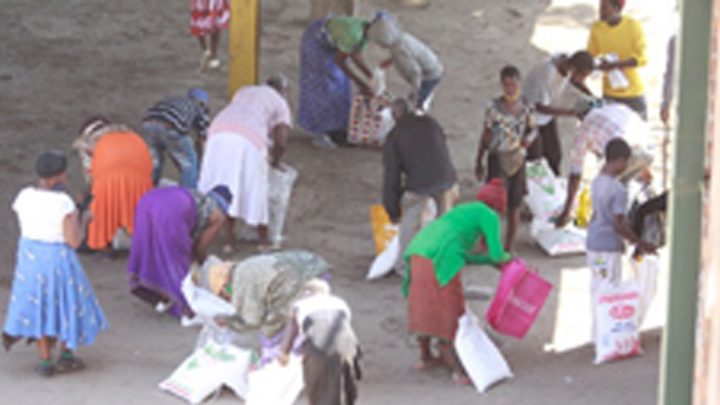 I have been in Africa for 35 years, 27 years in Nigeria and now 8 years in Harare, Zimbabwe. I have been involved in several apostolates, among which I built our first Jesuit school in Abuja, Nigeria and did the planning for a Memorial school in Port Harcourt, Nigeria after 60 of our Abuja students were killed in a tragic plane crash in Port Harcourt in 2005. Presently I am involved in the formation of 80 of our young Jesuits from 17 different African countries. An essential part of their training is work among the poor. The financial support from the mission preaching in the San Diego diocese has helped them with that work. The three projects out of the 15 projects that have benefitted from the mission preaching are the following.

Christon bank: It is a settlement out in the bush where immigrants from Malawi and Mozambique squatted years ago. Their houses are very primitive and often get washed away during heavy rains.  Our projects have been two-fold: to provide seeds and fertilizers so the people can be self-sufficient, and to provide simple houses for a number of them so they are no longer at the mercy of the weather. 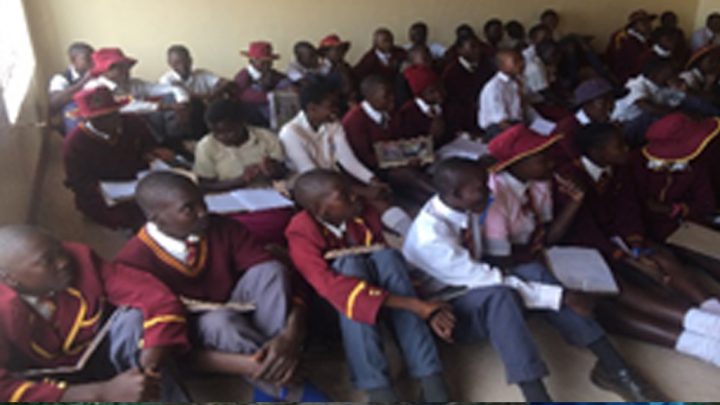 Tichakunda School: A large slum area called the Hatcliff Extension Camp came into existence in 2005 after the government action of bulldozing the homes of squatters who were not supporting the ruling party. One of the women in that area, Winnie Masaraure, noticed that there were many orphans and vulnerable children picking items from the garbage dump. She started an orphanage for 34 street children, but soon discovered that there was no school within 5 miles of the camp. Therefore, she began an all-volunteer nursery, then primary and finally junior and senior secondary school. The school eventually grew to 700 students, most of whom receive a lunch meal from voluntary farm workers in the neighborhood. The teachers and even the Principal are still all volunteers, and the classrooms are very basic. One set of classrooms until recently was an old chicken coop with a tin roof. Our Jesuit scholastics have been doing volunteer teaching in this school, which really serves the poorest of the poor. One day as one of our men was teaching a storm blew up and tore the tin roof off the building. The students, so eager for learning, wanted to keep right on with the class.

Through generous gifts and financial assistance from the mission preaching a block of four concrete classrooms was built first and later another bloc of four classrooms were added on. There are no textbooks, so teachers have to dictate the texts to the students who write them into exercise books. Funds are being raised to provide textbooks to the students. Though crowded and coping with many stresses, the level of education has been rising from year to year. 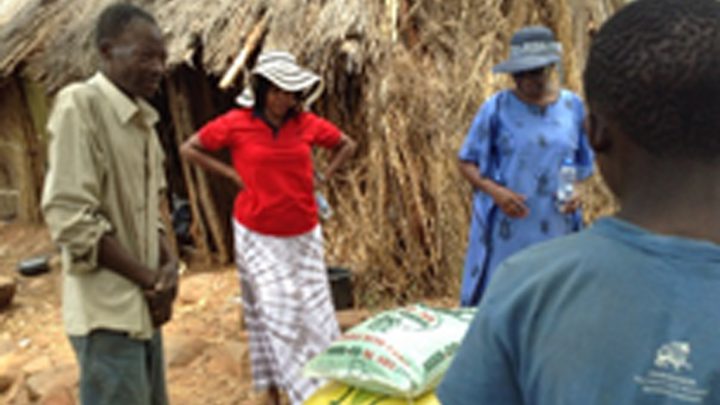 Covid-19 Pandemic: The year 2020 is infamous for the rise of the Covd-19 Pandemic.  Already smarting under two drought years, Zimbabwe is facing dire predictions of millions facing hunger and starvation. Our Jesuit scholastics have teamed up with St. Vincent de Paul Society and two of our neighboring Jesuit parishes to provide food relief for the neediest people in the largest slum area of Harare known as Mbare.  Not only are the mission contributions from the Diocese of San Diego helping many Zimbabweans to stave off hunger, they are also providing the means for our young Jesuits in training to have exposure to some of the poorest people in the country.  The future of our Church here in Africa is exceedingly bright, and we want to say to the generous people of San Diego Diocese; “Elephant Thanks!”